The 22nd Wannaska Lions Fishing Derby was a wild one 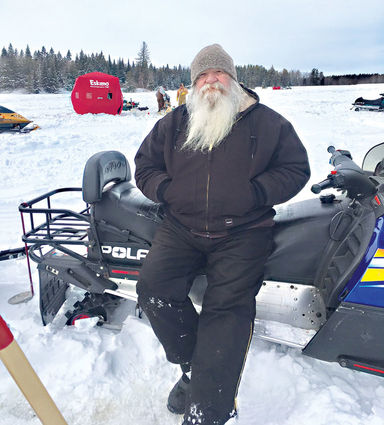 Last Saturday on Hayes Lake, it was a holiday on ice, a family reunion and, at times, a madcap scramble to maneuver around the slush.

It was no heat wave.

There was too much snow which made walking tougher with water seeping up through the thick snow, especially for those groups pulling toboggans and sleds out on the lake.

With less than an hour remaining in the contest, which ended at 3 p.m., here came three gals.

It was their closing time. One of them had to get to work, and the other two didn't plan on hitchhiking.

Brittany Ryba of Warroad caught a fish, a rarity this year.