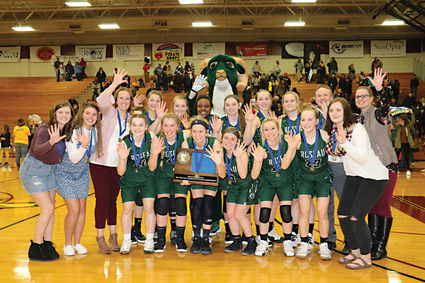 On February 28, the Lady Rams played their last home game in front of an amazing crowd. The first playoff game was against the Bagley Flyers. The Rams were dominant from the very beginning and were able to use their speed and athletic ability to take a 62-8 halftime lead. Coach Didrikson was able to play her whole bench in the second half and many different players were able to get some action on the court. The Rams were too much for the Flyers and the Rams were victorious 93-20. Scoring for the Rams were Kacie 22, Julia 21, Katie 18, Kayla 11, Emma W. 11, Hannah 6, Morgan 2 and Emma...