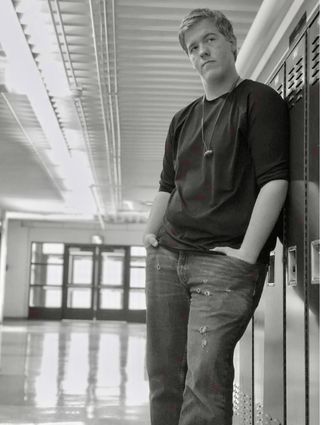 Joseph "Joe" VanDeHey, 18, has the look of an Army recruit, meaning he's got some rough spots, is in no way angelic, has been a frequent visitor to the principal's office, but he can outwork half of his classmates.

And now, the Roseau High School senior is approaching the final stretch and is planning to graduate even if it's a long shot.

"I plan to make it," he said earlier this week.

Joe doesn't say much, but his uncle, Dean Housker, a long-distance trucker, is in his nephew's corner.