Take Me Out To A Relaxing Ball Game 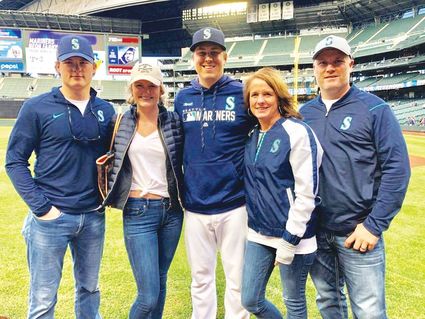 A week ago Wednesday, Matt and Kari Millner of rural Roseau joined their daughter, Madison Swanson, in Seattle to watch her husband, Erik, 25, a righthanded pitcher, start in his first Major League Baseball game for the Seattle Mariners after being called up from the Triple A Tacoma Rainers.

It was a fine start as Erik pitched six innings, according to The News Tribune.

Swanson worked 1-2-3 innings in the first, third, fourth and sixth, and never faced more than four batters in any frame. He allowed just one run on two hits, while striking out five and walking none. He threw 81 pitches.