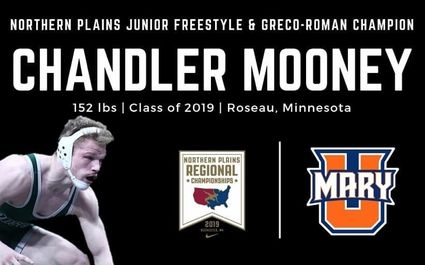 Forget resting on his laurels.

Over the two days of competition, Chandler wrestled nine times against quality opponents and prevailed in the close matches by grit and talent.

On Saturday, wrestling in the freestyle competition at 152 pounds against 17- to 19-year old juniors and seniors from a six-state area, he opened a...