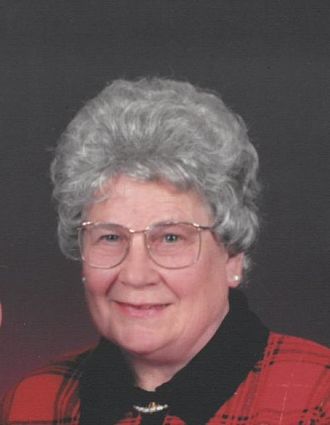 Betty Lou Sulland was born on July 5, 1928 to Aaron and Daryl (Cole) Davidson in Winner. She moved to Badger, at age eight and attended country school through the 8th grade. Betty went with her father to work in the potato fields in Donaldson. While working there she met Ralph Sellen, the two would later marry. Betty and Ralph worked for Bogestad Farms for a number of years before Ralph got a job in Roseau at the Elevator. Betty worked for a short time in Roseau at Encore Café as a waitress before beginning her job at Polaris Industries. After Ralph passed away Betty met and married Gordon Sulland at Polaris, they were married in September of 1974. She worked there for 27 years at Polaris before her retirement.

Betty enjoyed canning, gardening, cooking, baking, playing bingo and sledding. In her younger years she was an avid bowler and also enjoyed ATV and snowmobile rides.

Betty was a member and very active in Moe Lutheran Church in Roseau as well as the VFW Auxiliary.

She is preceded in death by her husbands, Ralph and Gordon; son, Ronald; her parents; siblings, Georgene Sellen, Barbara Robb and David Davidson; one grandson and two great-grandchildren.

She is survived by her children, Marvel (Larry) Monkman, Nancy (Richard Barnes) Martel, Ardell (Pamela) Sellen, Lynn (Alex) Kostrzewski; 13 grandchildren; 23 great-grandchildren; siblings, Rose Fredrickson, Daryl McDonald, Clara Mae Robb, John Davidson, Joann Morey, Joyce Davy; numerous other extended family. A Funeral Service for Betty L. Sulland of Roseau, held on Thursday, July 11, 2019 at Moe Lutheran Church in Roseau. Visitation was held on Wednesday, July 10, 2019 from 5-7 PM at Helgeson Funeral Home in Roseau, with a prayer service at 7 PM. Visitation was also held one hour prior to the service at the church. Interment will be held at Salem Cemetery in Roseau.