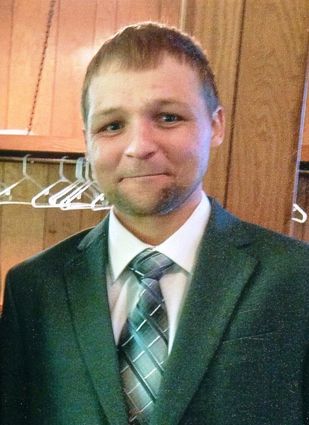 Warroad - Eric Eugene Bendickson was born in Roseau on August 21, 1982, to Vern and Joan (Vatnsdal) Bendickson. Eric grew up in Warroad. He was baptized at Zion Lutheran Church and confirmed at Mr. Carmel Lutheran Church. He went to elementary and high school in Warroad and graduated from Warroad High School.

Eric held many different jobs, including working for the DNR through a school program; he was a helitack, fighting fires for the DNR; he worked in Montana, Colorado and Texas searching for space shuttle parts; he farmed with his brother, Bill, and Milo Ravndalen; he harvested beets in North Dakota; was a fishing guide for Arnesen's; he moved buildings with his uncle, Don Moyer; he worked for Todd Beito at Beito Plumbing, for John Stauffenecker turkey farm, Bruce wilmer honey farm, and did excavating work for Dale Wickland. Eric was currently working with John Harren building toboggans.

Eric had natural mechanical and welding abilities. He worked on and fixed many four wheelers, snowmobiles, and automobiles. Eric loved playing with his nieces and nephews. On the 4th of July he joined them on the "slip n slide" – he was just a kid at heart! He enjoyed fishing and hunting and going to the Roseau County Fair.

Funeral services will be held at 10 AM Saturday, July 13, 2019 at Zion Lutheran Church in Warroad. Visitation was held on Friday from 5-7 PM with a 7:00 prayer service at Helgeson Funeral Home in Warroad. Online guest book at: http://www.helgesonfuneralhome.com