Write On! The Eiffel Tower "Trip" 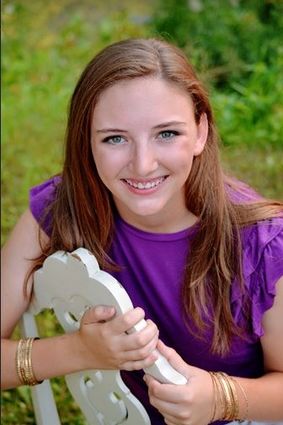 In the middle of July, 2016, five soon-to-be sophomores were enjoying their first time in Paris, France. On this day, their tour group was exploring the area around the Eiffel Tower, as well as going inside the tower. Ayla, Catie, Henry, Winston, and Wyatt were bouncing with energy and excitement from being at one of the main tourist attractions in the city, and couldn't wait to go up to the top. Now at the modern Eiffel Tower, they do have elevators. One goes all the way to the tippy-top while the other only goes to the two levels about halfway up. Both elevators had lines of people waiting to ride, which went on for miles. Naturally, being very impatient, this group of kids chose to climb the dozens of flights of stairs to get a glimpse of the city from higher than the skyline.

Needless to say, they immediately wished they had chosen the line.

After forty-five minutes of calf-burning pain and regret, they finally made it up the stairs... to the first floor. The first floor alone was astonishing to the group of friends. There were restaurants, souvenir shops, and even what seemed to be a post office. Even though they loved the view from the first floor, they were not satisfied. They had to see the top. After a brief rest, and a few snacks and beverages, they continued their treacherous journey up the neverending flights of stairs. Another thirty minutes of stair-climbing, and they had reached the second floor. This was when Catie and Ayla both decided to go inside one of the souvenir shops, while the boys – with no interest in the shop – went and looked around the floor. After making their purchases, the girls joined the rest of their posse and gazed at the city. It was simply breathtaking, and unlike anything they had ever seen in small-town Roseau, Minnesota. They could see for miles and miles, all of the brilliant architecture of the city, both old and new. Rivers and parks, churches and apartments, everything. But it wasn't enough. They still couldn't see as far as they knew they could.

They absolutely needed to see the City of Lights from the top of its most famous landmark.

They gathered and scuttled towards the elevator to the top, thankful to leave behind their foe, the stairs. As they saw the line to this elevator, there were unanimous groans, but it did not matter. All that mattered to them was getting inside that long-anticipated red elevator and taking it up to the top. Scrambling between fellow tourists – some grumpy, some tired, some overly happy, and some photographically obsessed– they finally reached the end of the line. After their long battle, they felt as if their clothes should be in tatters, and their faces covered in scars and dirt, but they looked as normal as ever. The line slowly shortened itself until finally, they were almost to the elevator entrance. They could almost feel themselves going up with the elevator car, and couldn't wait to actually be inside. They finally reached the front of the line, and Ayla was the first one to set foot inside. To their dismay, a chaperone from their tour group came running towards them to tell them they did not have time to go up to the top; it was almost time to go. All that time and energy towards their goal was completely thrown down the drain steps from the finish line. With their hearts heavy with sorrow, they began their eternal trek back down the infinite flights of stairs.

Thankfully, the climb downwards seemed to go much faster than climbing up. The thirty-minute climb between the first and second floors dropped down to twenty, and although they did not have the time, they stopped on the first floor to take a pit stop for some ice cream. After wasting ten minutes on the first floor, they had twenty minutes to race down to the ground and meet up with their chaperones. With horror in their eyes and their hearts, they realized this was less than half the time it took them to get up to the first floor. They all broke into a sprint towards the stairwell, and began running down the stairs two or three at a time. Catie and Ayla took up the back of the pack, but Ayla began to fall behind nearly right away. Her legs were much shorter and less coordinated than the rest of the group's. The taller kids continued racing down the stairs, Ayla's shoes slowly became untied as her pace slowed. Then, it happened. The rest of the group only heard a thud and felt some splashes on them without knowledge of what had happened. But Ayla knew.

Ayla had fallen down the stairs of the Eiffel Tower.

Now, it wasn't down the entire tower. She fell down about a flight of stairs, but it was still around fifteen steps. Her $15 water bottle broke her fall on the first few steps, and splashed the contents all over her friends and another pair of tourists who had been climbing the same stairs they had been rushing down. Before Ayla's friends glanced up to see what had happened, they heard a young boy say, "Are you okay?" Of course, like true friends do, her friends simply laughed at her. They will never let her forget it, and Catie even made Ayla a shirt that commemorates her "Trip down the 'I-Fell' Tower."