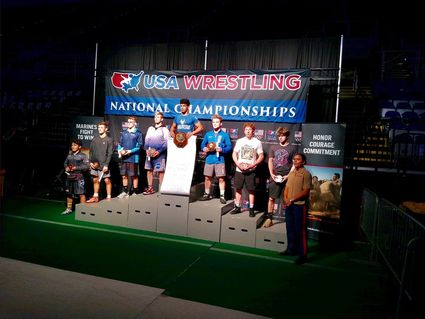 On July 18-19, Chandler Mooney, a 2019 RHS graduate, competed at the Junior Nationals in Fargo wrestling in both freestyle and Greco Roman.

In the earlier freestyle competition, Chandler went 2 & 2 to retire prior to the medal rounds.

Scott DCamp, the head coach for both the Northland Community College wrestling team and the Frontier Wrestling Club in Thief River Falls, has coached the young man, a three-time high school state placewinner, in the off season.

"Overall, I think Chandler would agree that he didn't really ever wrestle the way he wanted to in the freestyle comp...