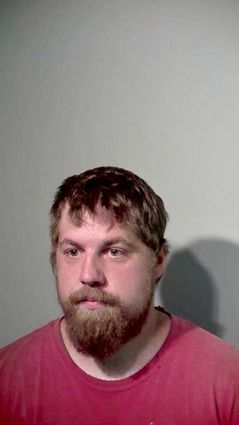 On Wednesday, Daniel Alexander Staskivige, 29, and a resident of rural Wannaska, was arrested by the Warroad Police Department on a warrant and was subsequently booked into the Roseau County Detention Center on Wednesday afternoon for Assault in the Third Degree, a felony that is punishable by a maximum sentence of 5 years in prison, a $10,000 fine, or both.

The charges also include Assault in the Fifth Degree, a misdemeanor; and Disorderly Conduct - Brawling or Fighting, also a misdemeanor.

The fight had concluded outside the American Legion in Roseau before the cops arrived to find a male individual laying in the middle of the roadway with severe injuries to his head. The victim was identified as Jasper Dick. LifeCare Ambulance arrived on the scene to provide emergency services.

According to the Statement of Probable Cause, filed by Ward Anderson, Roseau Police Chief, the fight began sometime after midnight July 27 on the deck of the American Legion.

According to two of the witnesses, Jaeden Johannsson and Billie Lindland, as reported by Roseau Police Officer Zach Manka, the fight did not remain on the deck.

Mr. Dick was walking away from the bar when the Defendant yelled at him, "Do you want to finish this?" Ms. Lindland reported that the two men then met in the middle of the street and the Defendant began punching Mr. Dick repeatedly even after he had fallen to the ground on the street.

According to the Roseau Police Department: Mr. Dick suffered injuries to his face. The left side of his face was extremely swollen and his left eye was swollen shut completely.

Later in the Statement of Probable Cause, the report noted: The full extent of the victim's injuries are unknown at this time as medical treatment is ongoing.

Jasper "Jack" Dick, 53, was airlifted to the Twin Cities in the early morning hours on Saturday, July 27.

Contacted in the Twin Cities on Wednesday, Jack mentioned that he was released from the Hennepin County Medical Center on August 1.

"I'm recuperating at my brother's place," he said, reflecting on the extensive facial surgery that he underwent.

"I think they put four plates in my head," he said, adding that two were for his injured eye socket.

On Thursday morning, Mr. Staskivige appeared before Judge Donna Dixon in Courtroom One.