Who pulled the trigger and am I losing it? 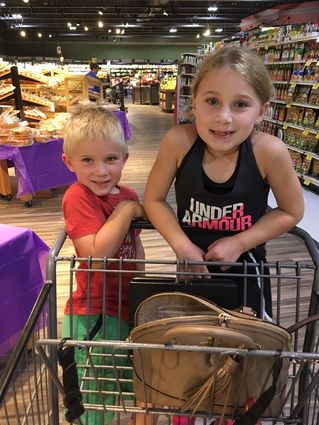 For the last three years, Donald Trump, our beloved president by almost 45 percent of the country, has been scaring the daylights out of this nation with fears of Muslims, Mexicans, Hispanics, blacks, and foreigners - particularly Iranians and the Chinese, who will steal even our false teeth along with our trade secrets.

Even when he was on the campaign trail, just a hack TV star I'd never heard of because we don't have electricity, he started scaring me with his rants against Muslims.

Then I calmed down and said to myself, "Who really are the most dangerous in America?"

Presto! It came to me.

It's white guys who munch on Wonder Bread, arm themselves like Rambo, and believe America must be saved from the brown hordes invading our shores.

And where the hell do they get that notion?

From our current populist president, who is scaring the bejesus out of these misfits, morons, deadbeats and white nationalists, who just happen to buy M-16s and end up at Walmart or wherever to save America from the Hispanics, who just happen to make up 85 percent of El Paso.

It's a stain on America's soul.

This isn't a diatribe against guns.

We can't even walk into an airport anymore without having to go through security before boarding a plane.

I blame that on the Saudis, nineteen of whom crashed those four planes on September 11, 2001.

No place is safe anymore.

We got shooters in movie theaters, fast food joints, churches, beaches, band concerts, bars, ballparks, and schools - hell, any place any of us might decide to visit.

Both were young white men.

That white kid, all of 21, pulled the trigger at the Walmart store in El Paso, Texas.

But lots of fingerprints are on that AR-15, starting with President Donald J. Trump, who has preached hate, fear, and divisiveness these past three years.

But he's not alone.

Let's include all the chumps who have clamored, "Build that Wall" and written offensive letters overstating the threats of the least of our brethren looking for refuge.

These purportedly good Christian folks, who firmly believe in their hearts that they are saved, have their fingerprints on the barrel, the stock, and the trigger.

The shooting in Dayton, Ohio, was the 250th mass shooting in America this year, and we still have four months to go.

It always happens someplace else, and we read about it and six months later we can't even remember it.

One thing is for sure.

We won't ever forget if it happens here.

On Sunday, my present wife commented while she was reading the Roseau Times-Region, "I didn't know Richard Mattson was the secretary of the fair board."

But there it was, right under the heading "The Main Man" where I had typed Richard Mattson instead of Richard Magnusson, the REAL MAIN MAN on the Roseau County Fair Board.

Of course, I called to apologize to Richard Magnusson, who'd had to correct earlier last week that his name wasn't Doug.

There are a lot of Magnussons up here. Doug is a good guy too, and he and his wife operate Earl's Drive-In.

Is it age that's causing me to forget?

I've always had trouble remembering names, but I'll never forget Richard Mattson, who I now know very well after he called me "Kid" one day, and I replied, "Hell, I'm probably older than you, you old goat!"

We were walking down the school hallway that spring day in 1993 when he said that he was born in 1944 and damn, so was I.

March 22, he said, and, damn, so was I. We both dug out our driver's licenses to prove it.

Long story short. We usually call each other on our birthday, and we'll never pass for twins. I'm a dwarf and he's the size of an NFL lineman.

"I get Richard Magnusson's mail. They get me mixed up. They put my street address on his mail," he said on Sunday.

I hope you open it up if it's a birthday card and there's money in it.

Oh, he already knew of my error.

"The first thing, I went to church today and Robert Granitz said, 'Welcome to the fair board. I'm glad you made it.'"

I do make mistakes occasionally, I admitted to my birth brother.

"Hey, we're at that age when we can make mistakes," he said happily.

Thank you, Richard, I said.

Last Friday, I spotted Karen Dahlgren with two of her grandkids, Tenley (8) and Jack (8) Sandstrom, just full of mischief and smiles at SuperOne in Roseau.

On Tuesday, I contacted their mother, Jodi Sandstrom, who's married to Scott, a great guy.

She filled me in on her kids.

Jack is going into first grade and plays hockey and likes baseball. He's quite a little sweetheart," she said.

"Tenley is going into the third grade. She's a fun-loving, free spirit and is big into girls hockey, volleyball camp, and plays summer softball. She keeps us busy."

Last Friday, Tenley and Jack added a touch of class to the bakery section.