Meet the winners of the Grygla Demo 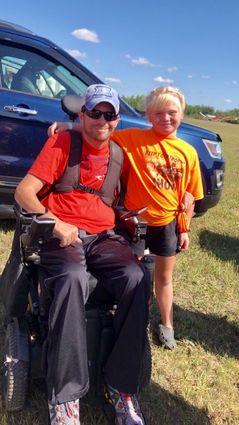 Ryan with his niece, Brylie

Ryan "Pete" Petersburg, the 1999 RHS graduate with a fondness for demolition derbies and community events, one of which is the annual Grygla Fall Festival, was smiling after last Saturday's Demo Derby.

"The weather was beautiful, but the entries were down from last year," he said, remarking that it seems like a downward trend everywhere.

"This is year seventeen that I've been in charge of the demo," he said, noting that he had stuff lined up before he suffered spinal cord injuries while riding as a passenger in a vehicle rollover near Roseau.

"David Edberg ran it that year for...