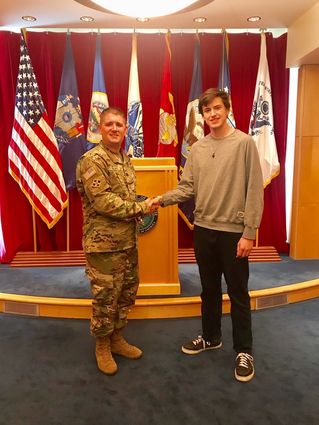 Nathan O'Connor, 18, and a 2019 RHS graduate, probably would have a tough time crouching down in a foxhole had he joined the Army.

"My grandfather and my uncles were in the Navy," he said.

"I think he just did the four years," said Nathan, adding that his mom's brothers - Danny, Darrin, and Dana Anderson served in the Navy.