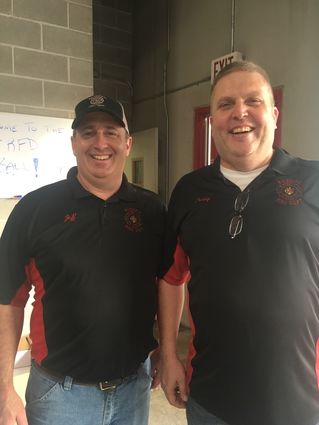 Last Saturday evening, it was the social event of the season with a host of characters - all firefighters - who are as entertaining as if they had just arrived at the fire hall in their boxer shorts or pajama bottoms.

They come running in any apparel when there's a fire or an emergency.

At the pay table sat Alex McMillin and Mark Wilson - the former holding bragging rights as the longest serving firefighter while the latter as the lone CPA on the company roster, who's as legit as a saint.

Alex McMillin, 47, has been on the Roseau Volunteer Fire Department for over 25 years.