Roseau's JV Tennis Team Has a Strong End to Their Season 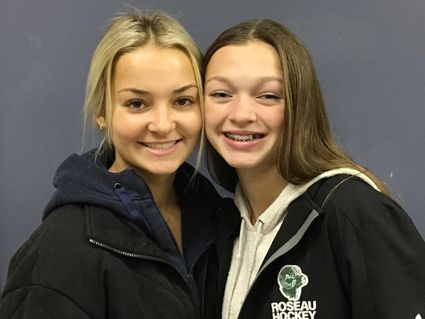 Anika Stoskopf and Savannah Byfuglien are all smiles after their 1st place finish at the Hot Chocolate Tournament in East Grand Forks.

The Junior Varsity Girls' Tennis Team finished their season with a few matches in the early part of October against some quality Section 8A opponents. The girls played very well, especially on the doubles side of their matches.

On a cold and windy day in Thief River Falls, the JV team played against the section's toughest and deepest team. The host Prowlers were a tough opponent and the Rams lost a couple of singles matches and played two very close doubles matches. Anika Stoskopf/Savannah Byfuglien won the first set but then lost two consecutive tiebreakers to drop a v...