She directs a dedicated crew of BC detectives 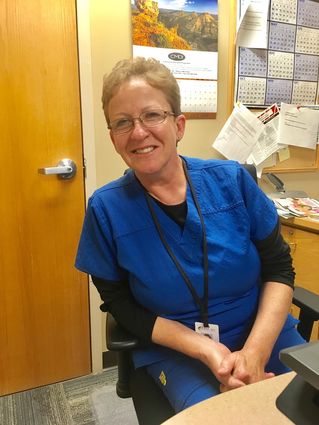 Forget "If you build it, they will come."

Shar Peterson, the director of the Imaging Department at LifeCare Medical Center, is dedicated to both educating and serving women in the detection of breast cancer.

She is delighted with a new federal law requiring all states to inform women of their breast density.

"We've been doing this for years," said Peterson, explaining that this past February, the U.S. amended the American Mammography Quality Standards Act of 1992.

"They've updated a lot of the standards, but this is the first time they've ever made it a requirement that we put in the report a woman's breast density," she said, adding that breast density is an appearance, not a number.

"Either you can see through it or you can't see through it with an x-ray because it's denser," she said. "Tomosynthesis helps but when you have a more dense breast, you might need an ultrasound or an MRI. It just depends on the radiologist's recommendation."

According to Shar, there is no guarantee of being cancer free after a mammogram or a Tomosynthesis x-ray if women have denser breasts.

"Women need to be informed of their breast density, which can make a difference in choosing further tests," said Peterson, who was joined in her office by Mary Anderson.

"Women need to be informed of their risk for breast cancer knowing that they have dense breasts," said Mary.

"They can utilize that information and choose to get additional screening, additional modalities, or something else to further their quest in looking for breast cancer."

Is the size of the breast more likely to make it more dense?

"It's more likely the age. It's hormonally driven and more likely in younger women," said Peterson. "As you age, your breasts turn to fat. When you're younger, you are more dense. But some women can go through menopause and still have dense breasts."

She noted that fatty breasts are easier to detect cancer than are dense breasts.

"That's the whole reason for the dense breast law," she said, adding that she wanted to share one other thing.

"The American College of Physicians have been pushing very hard to switch screening to age 50 and mammograms only every two years," she said.

For Shar Peterson and her dedicated staff, it's all about raising awareness of breast density in the fight against breast cancer.