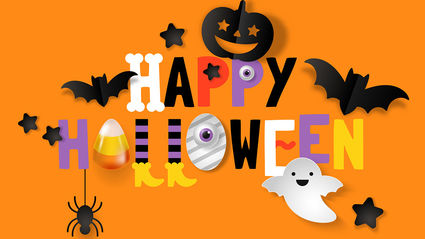 We are waiting on results from Kyle's procedure this past Monday. Hopefully they figure out something.

Dad has had a couple bumps from his chemo, but overall has been handling it quite well. Monday will be chemo treatment number two. It will be done in Roseau at LifeCare which is a huge bonus!

Tuesday is moms turn. We will be taking her to Fargo to see what the specialist thinks he can do to help her back.

Blu is all better from his double ear infection!!

My neighbor Wayne was kind enough to use his box blade to smooth out the big bumps in our driveway, THANK YOU!!

Dale and Linda had a little care package for us. Lefse!! It was delicious, THANK YOU!!

And a huge THANK YOU to everyone for all the prayers, texts and phone calls to check up on our family! You are ALL appreciated!!

5 fresh mozzarella balls, cut in half

About ½ cup cut-up peppers, any colors

Preheat oven to 375 degrees, have a casserole or baking dish sprayed with cooking spray and set aside.

Cook pasta. Try not to over cook and make too soft. Drain and pour into casserole dish.

Pour sauce over pasta and gently mix in.

Microwave the meatballs just until they are not frozen solid and cut up 6 of them into quarters and mix into pasta.

Toss in the parmesan and grated cheddar along with the garlic powder. Mix gently. Now, mix in the cut up peppers.

Bake for about 30 minutes until hot. You will probably see some bubbling. Take out, let sit on the counter for a few minutes.

Place the cheese halves on top of each meatball then the olive. Now you can drizzle the ketchup around the cheese ball if you chose to. Happy Halloween!!

Jokes of the Week

• Dracula wanted to know which of his bats was the best. So he organized a little competition. The bat which would drink more blood in less time than others would be the winner.

The first bat went and came back after 10 minutes. Its mouth was full of blood. Dracula was impressed. He asked, "Nice, how did you do it?" The bat said, "Do you see that tower? Behind it there is a house. I went inside and drank the blood of all the family." Dracula said, "Very good".

The second bat went and came back after 5 minutes. He too had blood on all his face. Dracula was shocked, "How did you do that?" The bat said, "Do you see that tower? Behind it there is a hotel. I went inside and drank the blood of all the guests." Dracula said, "Fantastic".

Now the third bat went and came back just after 1 minute. There was blood on all his body. Dracula couldn'tbelieve his eyes, "How did you do that?" The bat said, "Do you see that tower?" Dracula said, "Yes". And the bat said, "I didn't see it".

• A woman was leaving a cafeteria with her morning coffee when she noticed a most unusual funeral procession approaching the nearby cemetery.

The woman couldn't stand the curiosity. She respectfully approached the woman walking the dog and said, "I am so sorry for your loss, and I know now is a bad time to disturb you, but I've never seen a funeral like this. Whose funeral is it?"

The woman answered, "My mother-in-law. She was trying to help my husband when the dog turned on her." A poignant and thoughtful moment of silence passed between the two women.

• Two factory workers are talking. The woman says, "I can make the boss give me the day off." The man replies, "And how would you do that?" The woman says, "Just wait and see." She then dresses like a pumpkin and sits on Boss' desk. The boss comes in and says, "What are you doing?" The woman replies, "I'm a jack-o-lantern." The boss then says, "You've been working so much that you've gone crazy. I think you need to take the day off." The man starts to follow her and the boss says, "Where do you think YOU are you going?" The man says, "I'm going home, too. I can't work in the dark."