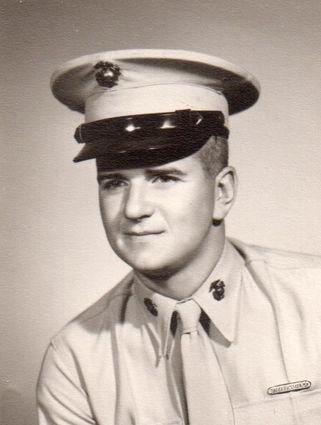 Roseau- Allan Wicklander passed away on Monday, November 11, 2019 at LifeCare Roseau Manor at the age of 81.

Lewis Allan Wicklander, known to his friends and family as Allan, was born March 7, 1938 in Crookston. He was the third child born to Loyd G. Wicklander and Cora Y. (Lussier) Wicklander. In August of 1946 the family moved to Roseau. Allan attended Roseau Public School until enlisting in the United States Marine Corps at the age of 18.

He served in the Marines from April 18, 1956, until being honorably discharged on July 18, 1974. He was stationed in Washington, D.C., Okinawa, Japan, Camp Lejeune, North Carolina, Parris Island, South Carolina, Amarillo, Texas and had an eleven month tour in Vietnam. He was given several awards including The Navy Achievement Medal for Meritorious Service and the United States Army Meritorious Service Medal.

Allan was very proud of his military service. Several of his family members have commented that it was fitting he passed away on Veterans Day.

He was preceded in death by his parents, sister-in-law, Sharon Wicklander, and brothers-in-law, Jack Hebel and Clayton Mack.

A Mass of Christian Burial for Lewis “Allan” Wicklander will be held on Saturday, November 16, 2019 at 11:00 a.m. at St. Mary’s Catholic Church in Badger. Visitation will be one hour prior to service. Interment with Military Honors will be held at Sacred Heart Cemetery at a later date.

The family would like to thank the staff of Roseau LifeCare Manor for the love and care they provided Allan while he was a resident. Online guest book at: http://www.helgesonfuneralhome.com