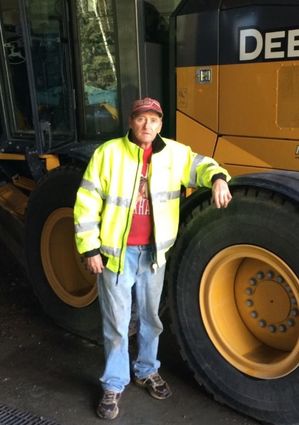 He grew up and went to school in Warroad. After working a few years, Tony joined the U.S. Army and served his country from 1980 until his honorable discharge in 1983. He continued in the Army Reserves until 1986.

He worked for Marvin Windows and Doors, MANY years with Stoskopf Redi-Mix and farming for John Johnson Farms. His last employment was with Lake Township as a grader driver.

Tony had a great love for gardening and working in the dirt. Every year he would make his garden bigger because “someone else might need something”. He donated 90% of what he grew and he was extremely proud of that! He also enjoyed bush car racing and had many trophies to show off. You could always find him in his garage “wrenching” on a motor. He had a great sense of humor and had nicknames for almost everyone he knew. He had a tremendous love for his animals, at one time owning a bear, raccoons and a skunk to go along with his dogs and a cat he found frozen and nursed back to health.

He was preceded in death by his parents Clarence and Edna, brother Allan and an un-named stillborn brother.

A visitation gathering was held on Wednesday, November 13, 2019 from 5-7 p.m. with a 7:00 prayer service at Helgeson Funeral Home in Warroad. Interment will be at St. Mary’s Cemetery at a later date. Military honors will be held at that time by the Warroad American Legion and VFW. Online guest book at: http://www.helgesonfuneralhome.com.