Someone is vandalizing Roseau with Graffiti 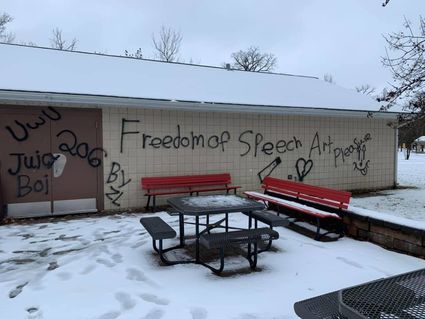 On Tuesday morning, Roseau Police Chief Ward Anderson explained that he could not comment on an open case.

"I can't because I don't have any facts," he said.

He did note that the latest vandalism happened in two different locations last Wednesday at the Roseau City Park and at the North Star Park near Summerfield Apartments.

The Roseau City Police would appreciate any tips if anyone has seen someone suspicious in their neighborhood.

Other graffiti occurred in the Klema Addition where m...