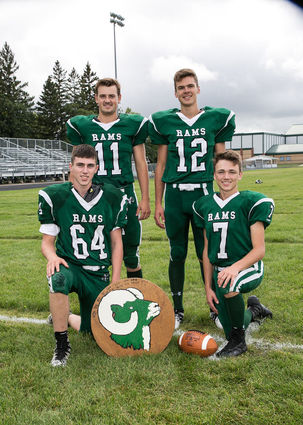 Sub-District Defensive Back of the Year: Junior Garon Schumacher

The following Team awards were presented:

Defensive Back of the Year: Junior Garon Schumacher

Presented to the player who has earned the coaches admiration through their commitment, work ethic, determination, character, and unselfishness during their football career.

Presented to the player who best represents the true spirit of Roseau Football, on and off the field, through leadership, sportsmanship, teamwork, and performance.