Christmas and the art of giving gifts 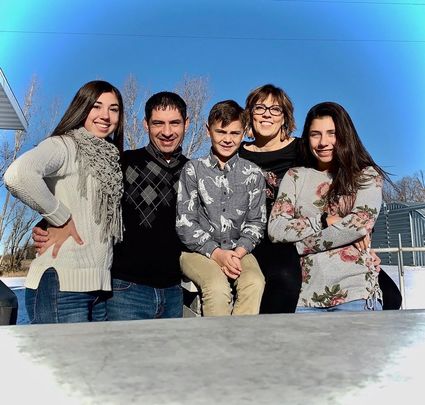 Ask Jared Gustafson, the pastor of Roseau Community Church, if he received lots of loot as a kid on Christmas.

At 43, the Roseau High School graduate has been the pastor for the past six years and served as the youth pastor the previous five years.

"It was never about hauling in the loot as a kid. When I was growing up, we got practical things. I got socks and clothes, stuff you needed, not lots of loot," he said.

"That really wasn't my Christmas. You got what you needed, not necessarily what you wanted. That was okay."

He has good memories.

"Christmas was always a big deal. We had family and friends around," he said, adding that his parents, Arlynn and Alice, are deceased.

Use a stock sermon at Christmas?

Written your Christmas sermon yet?

"Partially. I never finish it really until the week of, but I have an outline for Christmas," he said.

"Almost every Christmas I do a series. We're doing our series on some of the first things that happened because of the birth of Jesus."

The first week, he explained, was the First Last Supper.

The second week was about the first miracle Jesus performed by turning water into wine at the wedding feast in Cana of Galilee.

It wasn't a little miracle, according to Pastor Gustafson.

"He turned somewhere between 120 and 180 gallons of water into wine," he said.

The third week, which was last Sunday, Pastor Gustafson introduced the first identity crisis for Mary and Joseph during a big pilgrimage.

"Jesus was in the temple with his parents and then everybody leaves. Three days later, Mary and Joseph realize Jesus isn't with them. So, they go back," he said, noting that they found him in the temple discussing theology with the elders.

Mary admonished him and Jesus replied, "Did you not know that I must be about my Father's business?"

At this year's Christmas service, it's the birth of Jesus.

"So, we're kind of working backwards in time, from the end of his ministry to his birth," he said.

Jared has a sense of humor. With two teenagers, that's a good trait.

"My wife, Alisa, is from Eau Claire, Wisconsin, and we have three kids -

Where'd the name Truitt come from?

"Good question," he said and laughed before adding, "My wife!"

He was asked whether his teenage daughters would be expecting some fancy presents.

"Oh, they'll get something," he said. "We tend to have a really consumeristic culture. So, we believe that it's good to celebrate Christmas and they get something they want. But we try not to overindulge them."

He has a unique perspective on practicality. His birthday is in September, and he grew up on a grain farm.

"My family, because my birthday, my mom's birthday, and my dad's birthday were in August and September, we farmed and birthdays and presents were never a big deal because maybe we'd celebrate and maybe we were in the field."

Buy your wife something nice?

Is she going to be happy?

What's she buying you?

"I'm really hard to buy for. Usually, I get cash or they ask me beforehand. Otherwise, I return it."

There was a brief pause.

"I do like cash. My wife usually asks me what I bought myself for Christmas," he said, adding that there aren't many surprises.

Still, there are exceptions.

"For my birthday, my wife got me a little floor hockey stick, and I was so excited and surprised because then my son and I can play floor hockey. That was one of the best gifts I've ever gotten."It really is the little things in life that matter.

"The other gift I get every year - I know it's coming, but it's my favorite -is a coffee mug of that year with pictures of family events. My wife has it made. They're all home in the cupboard," he said, except for the 2014 coffee mug he keeps at church.

It's a cherished Christmas present and that's the best kind of gift.