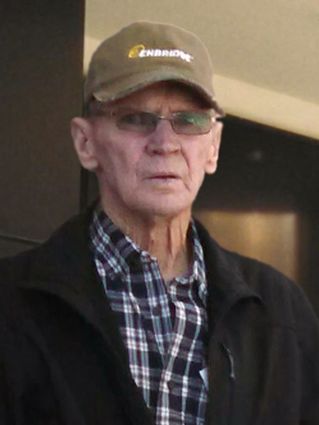 Roseau- Neil Anderson, 71, of Roseau, passed away on Tuesday, December 17, 2019 at the LifeCare Medical Center in Roseau, surrounded by his loving family.

Neil Durwin Anderson was born September 4, 1948 at Warren, son of Raymond Einar and Shirley Juliette (Larson) Anderson. He was baptized and confirmed at Bethesda Lutheran Church in Strandquist. Neil attended school at Newfolden, graduating in 1967.

Neil served his country in the US Army from 1968 until his honorable discharge in 1970.

On December 20, 1969 he was united in marriage to Lorraine Kay Kostrzewski at St. Edwards Catholic Church in Strandquist. The couple would have celebrated their 50th anniversary on Friday, December 20, 2019. The couple made their home in Strandquist, and moved to Roseau in 1974. Neil worked a variety of jobs including a local auctioneer, drywall contractor, and heavy equipment operator until his retirement in 2013 and was a member of the Local 49er's.

Neil enjoyed fishing, spending time at their Springsteel home, deer hunting and snowmobiling. He loved the time spent with family and friends.

He is preceded in death by his parents Raymond and Shirley; step-father Verne Lefrooth, brothers Rickie and Robert Anderson.

Funeral service will be held on Saturday, December 21, 2019 at 11:00 a.m. at Johnson Funeral Service in Thief River Falls. Visitation will be held one hour prior to the service at the funeral home.