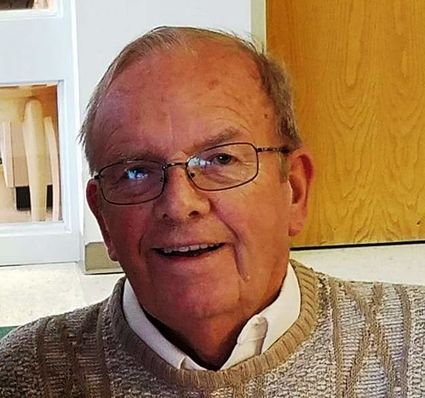 Roseau- Richard (Dick) M. Johnson passed away on December 22, 2019 surrounded by his family.

Dick was born on April 12, 1938 to Gene and Inga (Holdahl) Johnson in Roseau. Dick and Gail (Johnston) were married on June 28, 1957. They shared many wonderful times in their 61 years together.

Dick helped anyone who needed and he enjoyed it a lot. He coached his beloved PeeWee hockey team for 40+ years, went door-to-door for the American Heart Association, and peeled many potatoes (for lefse) and the Four Season's Center. Volunteering was not a word for Dick. He just said it was life and a great one.

Dick will be missed by so many. Dick moved into Roseau LifeCare Manor in 2016 due to Alzheimer's disease. The LifeCare Manor staff became his extended family and our family. Thank you to every one of them for their commitment and care for him. He loved them! They called him "coach" more than Dick and we know he thought that was special.

Blessed be his memory for being a man with compassion for children, family, friends and life.

A public visitation will be held on Monday, December 30, 2019 from 5-7 p.m. with a 7:00 prayer service at Helgeson Funeral Home in Roseau. A Celebration of Life will be held in July of 2020 at the Oak Crest Golf Course in Roseau. Interment will be at a later date. online guest book at: http://www.helgesonfuneralhome.com