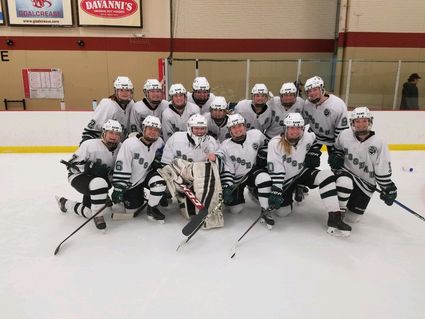 Submitted by Steve Huglen The Roseau Rams JV Girls Hockey team is the consolation champion of the 2019 Mid-Winter Meltdown JV hockey tournament in Eden Prairie. The Rams opened the tournament by losing a close 3-2 game to Shakopee before rebounding to beat Rosemount 4-1 and then Benilde St. Margaret by the same 4-1 score in the consolation championship game. The games were played at the Eden Prairie Community Center on December 26th-28th.

In the Shakopee game, Emma Zimmerman scored both of the Roseau goals. Rebecca Wensloff had assists on both goals while Kayla Moser also picked up...