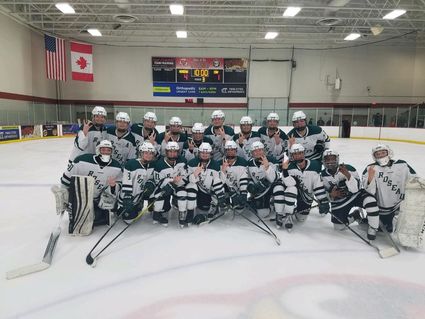 Submitted by Steve Huglen The Rams Girls High School hockey team won the 3rd place trophy in the Mid-Winter Classic tournament in Eden Prairie played December 26th-28th. The Rams beat Shakopee 6-2 in the quarter-final game, lost 4-2 to Eden Prairie in the semi-finals, and then beat Cretin-Derham Hall 4-1 in the 3rd place game. Roseau was the defending champion in the 8 team tournament having won it last year by beating Minnetonka in the championship game.

The Rams JV team also had success in the tournament having lost to Shakopee in the 1st round but coming back to beat Cretin-Derham...