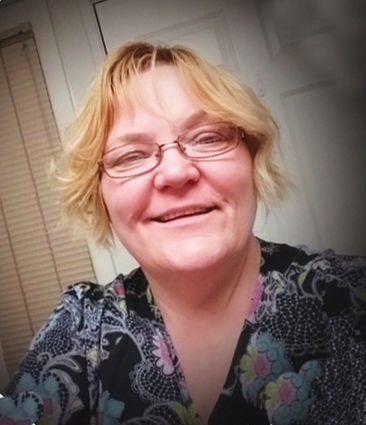 Following the killing of Angela M. Wynne, 51, on New Year's Day at the residence of Angelo O. Borreson, 56, in which he admitted firing the shots that killed Ms. Wynne, local residents in the Badger area knew of the bad blood between them.

There had been the domestic assault that Ms. Wynne inflicted on Mr. Borreson, resulting in a felony conviction.

The tipping point in their relationship finally occurred on Wednesday, January 1, 2020, after Mr. Borreson had asked Ms. Wynne the previous day to come to his residence at 27899 County Road 4 in rural Badger to give him a ride on New Year's Day.

In the Statement of Probable Cause, Roseau County Deputy Sheriff Jeff Nelson filed the following account after arriving at the scene to find the defendant being detained in the back seat of a police vehicle.

The following excerpts are in Jeff Nelson's typed complaint:

Investigator Nelson went to the vehicle and observed the dead body of a female who was later identified as Angela Wynne. The driver's side window and the passenger side window were broken out.

Wynne had traumatic injuries to her left shoulder and to the left side of her head. Officers secured the scene and Bureau of Criminal Apprehension (BCA) crime scene investigators were called to process the scene.

On January 1, Mr. Borreson was advised of his Miranda Rights upon being booked at the Roseau County Detention Center and was asked if he wanted to make a statement. Borreson then waived his rights.

The Defendant said he was not ready to leave and Wynne then went out to her vehicle and was honking the horn and yelling.

The Defendant stated that he grabbed a loaded shotgun that he keeps near the entryway to his house and he went outside and pointed the gun at Wynne because he decided that he wanted her to leave.

The Defendant stated that he then went into the house and called 911. The Defendant described the firearm he used as a 12-gauge semi-automatic.

The Defendant stated that he put the firearm back into the case and placed it in the entryway before the officers arrived.

In a follow-up interview on January 2, 2020, with Mr. Borreson, Deputy Sheriff Nelson reported the following:

Investigator Nelson asked further details about how the gun fired at Wynne. The Defendant stated that he wanted Wynne to "get out of here...and I don't know...the gun went off."

The Defendant went on to say that he had had enough of arguing with Wynne and her threatening him. The Defendant admitted that he fired into the driver's side window of the car while standing 10-15 feet away.

The Defendant stated he fired into the car at Wynne, he saw one shot hit Wynne in the head, and he watched the car go into reverse into the field and he turned and walked into the house to call 911.

On April 8, 2019, Angela Wynne was arrested and charged with assault in the 2nd Degree, Assault in the 3rd Degree, Threats of violence, and 5th Degree Domestic Assault.

She had allegedly assaulted Borreson with an inanimate object - a hammer or a bat - inflicting bodily harm.

On September 17, 2019, Judge Donna Dixon found her guilty of Threats of Violence and 5th Degree Domestic Assault, both felonies, and sentenced Ms. Wynne to five years of supervised probation; 18 months in the Minnesota Correctional Facility-Shakopee, which was stayed for five years; and sentenced her to 60 days in the Roseau County Jail.

The State of Minnesota charged Angelo Borreson with the following felonies:

Charge: Murder - 2nd Degree - Without Intent - While Committing a Felony.

Charge: Assault in the 2nd Degree.