This local postman has been around the block 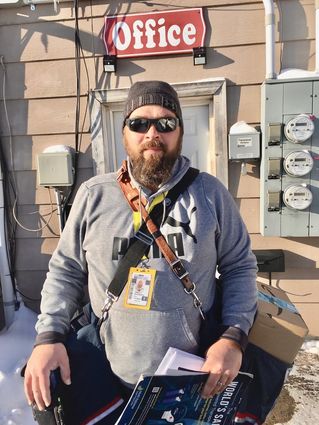 Right off, the guy doesn't look like a mailman. Instead, he belongs on a Harley roaring up and down Main Avenue in Roseau.

Meet Jim Scherrer, 41, who could be dealing blackjack in Vegas or mining for gold in Alaska.

"I've lived all over the place, but I graduated from Alexandria High School," he said on Tuesday, December 31.

Put on the football gear, and he's a sure bet to be a nose guard.

"I was a fullback and linebacker in high school, and I weighed between 195 and 215," he said, shortly after he was spotted coming out of Kevin Johnson's Automotive Service with two mail satch...