An awesome life and a desire to help 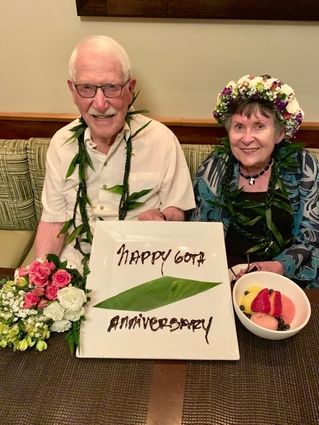 Just before he turned 90 on January 10, Jim Oslund was reached by cellphone on January 2 in California.

Mr. Oslund, a 1947 Roseau High School graduate, attended a one-room, rural Wannaska country school for eight years and surely never thought he would someday be in a core group of scientists and engineers sending manned satellites to the moon.

He is being celebrated for recently establishing the James and Patricia Oslund STEM Scholarship, which will annually award a total of $10,000 to qualified RHS seniors.

He is a most remarkable man and noted that his wife, Pat, has Parkin...