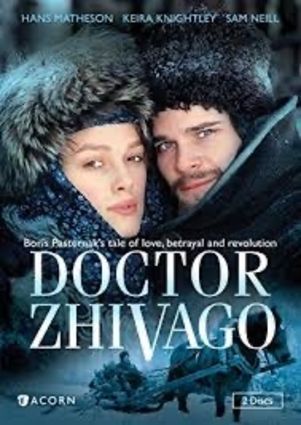 All my life, ever since I first spotted little Prince Charlie in his knickers sitting down to tea and crumpets on TV in the early 1950s, I took a disliking to the little brat.

But many years later, when he married Lady Diana Spencer, I got talked into attending a wedding party bash at Jack and Nancy Swanson's house in Roseau at about 4 a.m. with my pal, Steve Furuseth.

The ceremony was on the Telly, as the Brits call it, and right away I thought, "What a lucky guy! Princess Di is gorgeous!"

But then, I had a second thought, "What is that fine looking woman doing with that dweeb?"

I looked up Prince Charles, now 71 and personally worth $1.3 billion, on Wikipedia the other day, and he knows nothing about living on a budget.

He travels around the world, sleeps in the best joints, receives neat gifts, and makes a speech or two.

Sure, he could get malaria, ebola or be stomped on by an irate group of pygmies, but he's got the best doctors in the world.

He hasn't a clue about life.

Take my friend, Deano Housker, who's busting his butt while driving truck all over this country.

The other day, he mentioned that one Christmas he rented a motel room, ate sardines and downed a cold can of Milwaukee's Best.

"Bro, it can't get any lower than that," he said, adding that the sardines on soda crackers was better than eating at most truck stops.

"It was the Milwaukee's Best that upset my stomach." he moaned.

My friend, Dale Jaenicke, took me fishing one morning. After we pushed off, he saw that I had brought along a case of Milwaukee's Best.

He tossed it overboard. It was either the beer or me.

"Not on my boat!" he declared, turning around his boat and heading back to the dock with the express instructions for me to go uptown and buy Busch Light.

As we were heading back, another boat had a net out for their first catch of the day.

It was my case of beer.

I have the best of friends.

But getting back to Prince Charles and the British monarchy.

The Brits are strange.

You bloody well better believe that.

They even speak funny.

They pronounce lieutenant as left-tenant.

Whenever my friend, Oliver Ullman, buys a $2 lottery ticket, he says, "Bro, I'll take care you."

He'll give me a couple of grand periodically and say, "My yard needs mowing."

If I ever run for political office, I'm not starting at the bottom. I'm running for president.

My slogan will be, "A gun for everyone!"

We're absolutely nuts about guns in this country.

I would like to recommend Taxi Driver, a 1976 film with Robert DeNiro, which is a classic and NRA advocates will feel a surge of heightened ecstasy.

Just the other day, a rather handsome chap on the radio - one must assume things when he doesn't have TV - said proudly, "You can take my wife, but don't ever touch my guns!"

I have another friend, Gary Przekwas - this is a special column in which I mention everyone whose name I can spell correctly - who will shortly ask me, since I'm a lowdown Democrat, Liberal, Socialist Bastard, if I want to take his guns away.

Give every baby a gun.

I will never forget the spring of 1968 when Martin Luther King, Jr. and Robert Kennedy were assassinated by handguns.

Also, I had barely gotten back home from overseas in 1968 when my pal, Mike Flannery, who had roughed it as a medic in France, took me shooting with a couple of Cubans - Dr. Barata, who worked at Methodist Hospital in St. Louis Park, and his cousin, Jesus.

We drove out to Shakopee - which was quite rural then - where there was a dry creek bed and the two Cubans had AK-47s. They still wanted to take out Castro.

We were shooting for an hour or better, and I watched Flannery put some rounds in his clip towards the end of the shooting.

He shot six times and said he was out of ammo.

He's about six-three, and I'm not.

"The hell I do," he said, and then pulled the trigger with the barrel pointed to the ground.

Poor Jesus got slightly rounded when a small rock ricocheted into his arm. It was a most interesting scene.

Suddenly, Doc Barata pointed his weapon at Flannery but did not pull the trigger.

Old Miguel, as I call Flannery, was appropriately apologetic.

Otherwise, we might have had to bury his carcass in that creek bed.

We've got too many guns in the wrong hands.

Who would have ever thought that little bastards, some barely 10-years-old, would shoot up their schools and kill their classmates?

When you attend the state tournaments at the Xcel Energy Center, you go through a metal detector.

It's a helluva world.

Fortunately, I'm thinking of hosting an Impeachment Party at a neutral site.

They are two of the best agitators - the Dog being in favor of impeaching Trump and the Greek totally opposed.

It will be sensational.

I'm hoping to get thousands to attend, and it'll be a real zoo.

Passions will run high, and this is life in America these days.

The late Jimmy Breslin, a legendary New York columnist once wrote a terrific column before Skylab was to come crashing through the atmosphere and land right on top of his gathering of "People I'm no longer talking to."

Of course, most yahoos don't remember Skylab, which was the first United States space station that was launched in May 1973.

Like everything that goes up, it eventually came down, and that was on July 11, 1979, in Australia.

Unfortunately, it didn't drop right on Mr. Breslin's big party and take everyone out permanently.

That was his hope.

Had it not mostly burned up in reentry, it was a big piece of junk, originally weighing 170,000 pounds.

Maybe, the Rocket Man will launch one of his missiles and it will land right on top of my gathering and spoil a good slugfest.

Fur Dog and the Greek will assure that.

Finally, you know you're old when you ask a high school senior with a beautiful voice to sing "Somewhere My Love."

The lass was clueless, and so I mentioned that it was the theme song from Dr. Zhivago.

Dr. who? she replied.

It doesn't seem so long ago. Heck, the film was made in 1965, probably even before her parents were born.