More than an Olympian, he's the Lord's ambassador 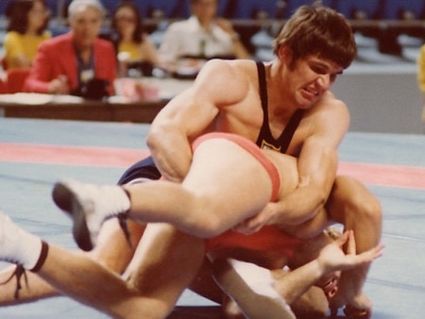 John in action at 1976 Olympics

John Peterson, 71, an Olympic freestyle wrestling champion from Wisconsin, was in Roseau earlier this week speaking with a humble heart about his successes and setbacks.

He quotes Scripture and you pay attention.

"I didn't even qualify for the state wrestling tournament." said the Wisconsin native, adding that Cumberland High School was a small school and there was only one division back then.

"So, it sounds a lot worse than it was.

I lost to a kid in the semis of our sectional, which is the qualifying tournament to the state."

He bares his heart and soul.