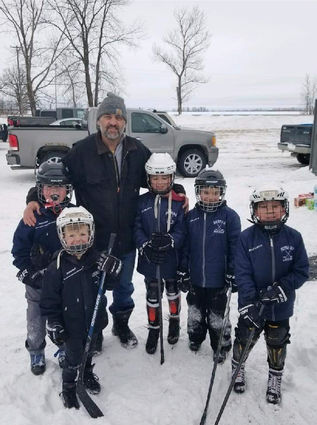 The Ross Rink has been enjoyed by kids and adults from all over the Roseau and Badger area for 70 years.

The Ross Community Rink and Rec strives to provide a safe place for area kids to play, skate, and enjoy the outdoors.

January marked 70 years for the rink. They celebrated with a Ross Hockey Day on January 11 and an Inaugural Ross Pond Hockey Classic Tournament on January 25.

During the Anniversary celebration they had open skating and a Ross Alumni pond hockey game. BBQ's were served with chips and hot chocolate.