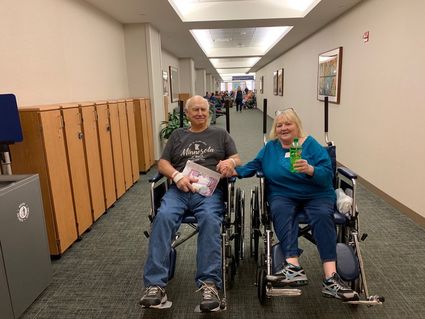 Bill Wojciechowski, a working class gent who could fix anything under the hood of any make or model in his working days as an auto mechanic in Roseau and Badger, was unable to fix himself after turning yellow last August.

At 74, Bill is battling cancer quietly unless he's around somebody who needs cheering up or a good one-liner.

Last August when his life got turned upside down, he was first seen at LifeCare Medical Center in Roseau and then was sent to Grand Forks for a biopsy.

Later, a second biopsy diagnosed pancreatic cancer, not a diagnosis that he and his family were hop...