Write ON: The Ulvin Family Vacation 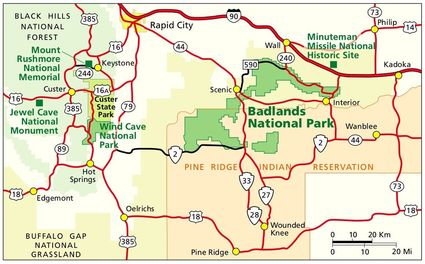 We started our trip to Medora by going to the Painted Canyon. It was very windy with tumbleweeds rolling around. The Ulvins all met there to re-enact photos from my father's childhood. He and his sisters tried to pose from the pictures they had taken when they were little. We also hiked down the trails, and took family pictures. The Painted Canyon was beautiful. Then we went inside a building and there was a huge ship...it was massive!

Next it was off to Medora! We arrived at the hotel very tired and hungry. The guys went out to get pizza while the children went swimming. We ate and then of course the children wanted to go swimming again. After that we went up to our rooms and all of the cousins wanted to sleep in each other's rooms.

On the second day we went to Roosevelt National Park. We went to Teddy Roosevelt's cabin and a tour guide gave us a tour of the inside and the outside of the cabin. Next we drove through the badlands. We were able to see buffalo and lots of prairie dogs. The prairie dogs were very talkative and cute, I could also talk to them. That evening we went to the Pitchfork Fondue, and the Medora Musical. The singing and dancing was amazing, and the special act was a jump rope group. The jump rope group had performed on America's Got Talent and had almost won. The jump ropers jumped... to hip-hop music.

The next day the guys went golfing at a golf course my grandpa had always dreamed of golfing at, and they came across a rattlesnake! My grandma, aunts, my mom and the children went sightseeing around Medora, and also went to an outdoor sing- a-long, and then to a park. In the sing-a-long there was a performer from the Medora Musical running it. My sisters and cousins also got up on the stage and were a part of the performance. In the afternoon almost everybody, except for me, went horseback riding, I was scared because I thought it might be to hot inside of the canyons, and I get headaches very easily. My favorite horse was my aunt's horse and it had a face mask too protect it from the sun. Everybody laughed because my mom got the slowest horse like in the movies, his name was Trigger. After horseback riding we went to an ice cream shop in downtown Medora. I had cookies and cream ice cream in a waffle cone which was very delicious.

On the fourth day we traveled to Deadwood, Sturgis, and Rapid City. The most exciting part from the day was the re-enactment of the gun fight. Sturgis was pretty boring because there weren't any motorcycles, because it wasn't rally week.

Mount Rushmore was on the fifth day. We traveled as a family to Mount Rushmore in the morning. We walked around and watched a documentary on how Mount Rushmore was made and why. Then we went to look around for a little bit. A Native American group was there doing a dance with hula hoops. My family went to an adventure park and my cousin Mary and I went on an obstacle course while others went on the Alpine Slide. I also enjoyed Mount Rushmore because I learned about how they carved the presidents' faces out of a rock called dinomite. There was also rocks by Mount Rushmore that looked very small but when you got up there they were big.

The sixth day was spent traveling around the badlands and then my uncle and my mom decided we would go through the badlands. Luckily we were able to have lunch at Wall Drug. We ate, shopped, and took lots of pictures. Next we were back on the road again. Kids were switching from vehicle to vehicle to keep the fighting down because now everybody was getting tired from all of the driving. We finally made it to the Corn Palace, which was covered in corn. The auditorium and gymnasium had corn murals on the walls. There were lots of souvenirs to buy, and I thought it was pretty boring. While we were driving around Sioux Falls there was this water park with tubes and water slides that we were going to stop at but it got too late. Next it was off to Sioux Falls for the final night, so we thought.

So the next day we got in the car to head home, but instead we got as far as Fargo. In Fargo we did some shopping and went swimming. Then we went back to the hotel and relaxed and did nothing.

My favorite part of the vacation was spending time with my cousins, uncles, aunts, and grandparents. I really enjoyed the musical and going to Mount Rushmore. The Badlands National Park was an unforgettable sight. There was so many canyons and some of them you could go inside. I also enjoyed just walking around Medora and seeing the different kinds of shops they had. This trip was the best trip I had ever been on in my life!