The Magnificent Seven Grapplers Had A Blast 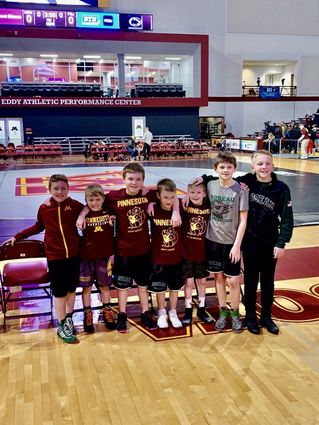 Say you're nine-years-old and are invited to a birthday party at the University of Minnesota to watch your first-ever collegiate match against the reigning NCAA D-1 Wrestling Champions, Penn State.

Last weekend, six of Hayden Picard's pals were along for the biggest adventure of the Roseau Rams elementary wrestling season.

If they had hired a bus, they'd had taken even more kids.

"We left last Saturday morning, and split the kids between two vehicles," said Big Mike Picard, who is even bigger than the Gophers' Gable Steveson, the number one ranked heavyweight in the nation.