We are a Redneck County and damn proud of it 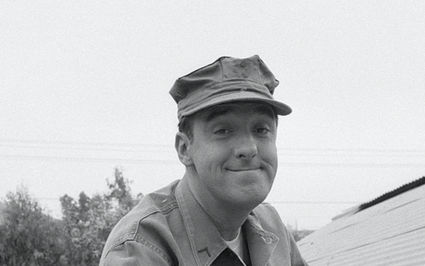 We are a representative democracy, which means we elect people to vote in our behalf.

Could you imagine a county board meeting or a city council meeting with all sorts of yahoos screaming about this and that?

It would be wildly entertaining, and probably any number of people would be punched, choked, stomped, scratched, and mauled.

It would make for a great turnout if, instead of five county commissioners, it was anyone who showed up and grabbed the gavel.

That's why we have a five-member Roseau County Board.

Still, it's a little like a crapshoot up here - as it is in state and national races.

Take your pick of who is who.

A week ago Tuesday, the Roseau County Board voted to declare Roseau a "Second Amendment Sanctuary County."

Oh, it was great theater, especially with District 1 Commissioner John Horner, who's similar to Secretary of State Mike Pompeo.

Mr. Horner wouldn't even bend to any other resolution than seeing Roseau County be declared a Second Amendment County without delay.

He knows how to play hardball, which is part of the Horner genetics. Old Doran Horner, now in his eighties, served on the county board forever.

He was as feisty as Coach Bobby Knight whenever one of his basketball players had to be chewed out, rebuked, choked, or slammed into a locker.

Doran was a tough old geezer, who made his presence known on the board. He was also great for a quote.

I don't know if John is his son or his nephew, but he showed his tenacity a week ago Tuesday.

Some citizens assume that our county commissioners just show up for the free lunch and the rather cushy annual salary of $22,501.75 plus benefits.

These are hard working blokes, who have to read and study various documents. Give them credit for that.

Usually, these board meetings aren't very stimulating. It's pretty standard stuff until some big issue pops up.

Like the Second Amendment or wanting to build the new courthouse in Warroad back in the early 1990s.

My old editor, Dick Melvin, took a strong stand against Warroad, inciting any number of wackos, and even slept with a rifle next to his bed during the protracted controversy.

For me, it was a great time.

One of my favorite columns ran with the headline: "Marvin County Will Have A Nice Ring To It."

The Marvins were willing to spend $4 million or more to build the courthouse in Warroad.

It was a helluva battle, a precursor to our present day politics where, if you're a Republican or a Democrat, you can lose friends.

A week ago Sunday, February 9, I contacted Roseau County Commissioner Jack Swanson to get a little background on the upcoming vote by the county board on becoming a Second Amendment sanctuary.

"Why now?" I asked him about this sudden rush to judgment. Good Lord, we love guns up here. We've got more guns than snowmobiles, 4-wheelers, boats, and pets.

"What's frightening to me, and I support gun rights as well, is that some of these things that are being asked of local governments, like the refugee question, are political in nature," said Swanson.

"We are not a political organization. Cities aren't, counties aren't, school boards aren't," he said. "We're all non-partisan. But politics is being dragged into this, and that's what frustrates me about it."

"We can make a statement, and we have done that before. In the end, we have no authority, one way or another."

Two days later, it was a done deal. It was mostly Commissioners Horner and Walker who were gung-ho for the amendment.

They were speaking to the choir, an audience which included diehard supporters of the Second Amendment. It was a stacked deck.

On that Sunday, I had suggested to Mr. Swanson that, before they approve the amendment, they should hold a county-wide vote in November.

It would probably be 90-10 in favor, but everyone would have their two cents' worth.

If the Roseau County Board is non-partisan, that's what they should have done.

In their resolution to become a Second Amendment Sanctuary county, there was a lot of legal jargon, starting with WHEREAS in every paragraph.

Commissioner Swanson admitted that the commissioners hadn't comprised this document on their own, but borrowed much of it from around the country.

Call it a Mexican standoff.

However, I worry about this board - five blokes who might decide on other partisan issues.

They might decide to rename the county courthouse as Trump-Roseau County Courthouse.

Who the hell knows what they will think up next in their spare time?

Possibly, they will want to rename Highway 11 from Warroad to Greenbush as Trump Highway 11.

I don't think that's a good idea unless they hold a county-wide vote.

Still, there'd be a drawback if it passes.

They'd have to hire folks to pick up all the litter.