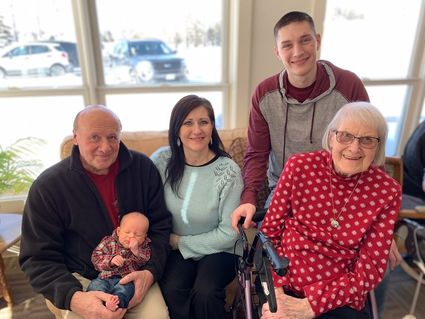 Jaden is the son of Carter and Wanda Hedlund's daughter, Jamie, who is married to Joel Anderson. Joel and Jamie have 13 children and live in rural Solway near Bemidji.

Recently, Wanda, whose husband is Lorraine's firstborn of four children, bubbled over in appreciation of her mother-in-law.

"She is originally from Badger and has four kids - Carter, Do...