Roseau Trains In Another City Cop 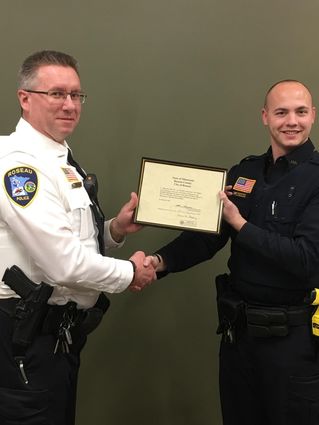 Roseau Police Chief Ward Anderson almost laughed as he announced that he had recently sworn in Cody Bannert, who has roots in this area, as his newest recruit.

Yes, he knows his department has become the basic training facility for new police recruits.

And not all of them stay.

"It seems like that," he said. "We just lost a guy, Travis Olafson. to the Warroad PD," said the Chief. "He went there full-time. He was part-time for us."

Anderson hates to see any of his personnel leave.

And then he reflected on Cody Bannert, 26, who started basic tr...