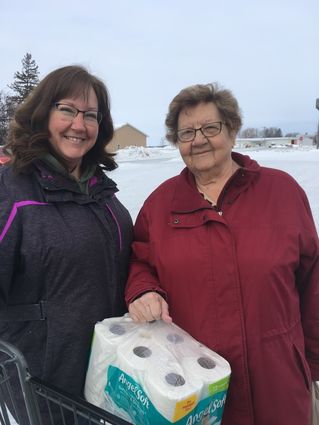 Pam and Betty outside SuperOne

She sat in her small kitchen, which was spotless. In fact, the whole house was in "apple pie order," as the Germans would say.

It could pass inspection in any country.

Betty Wold, 85, remembers the book burnings, the standing at attention as an elementary student when the Fuhrer's train sped by the station in Ochsenfurt, Germany, in the early 1940s, and her country mostly in ruins at the end of the war.

She would later meet an American GI in the mid-1950s and fall in love, but nothing lasts forever.

Only the memories never fade - until death do us part - but she has no intenti...