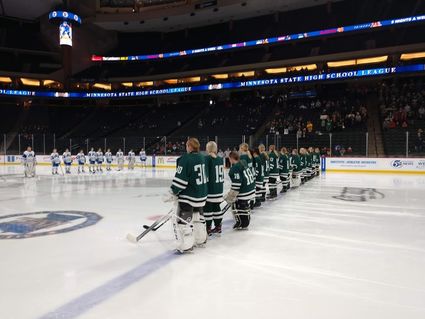 Rams on blue line getting ready to play Minnetonka

submitted by Steve Huglen: The Roseau Rams shut out the Hill-Murray Pioneers 4-0 on Saturday, February 22nd to win the Consolation Championship at the Minnesota AA State Tournament. The Rams opened the tournament on Thursday with a 7-2 loss to Minnetonka before beating Farmington 2-1 in OT on Friday and thus earning the right to play the Pioneers for the Consolation trophy.

The Rams finished the season by winning 13 out of their last 14 games and had an overall record of 23-6-2. Roseau graduates five outstanding seniors off of this year's team including Anika Stoskopf, Kayla Santl,...