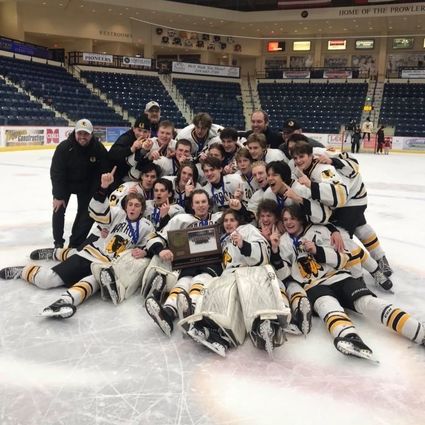 The Warroad boys hockey team is made its 22nd State appearance after knocking off East Grand Forks in the Section 8A championship game last week. With the history and tradition of hockey in Warroad, most would expect that this is nothing new for the Warriors, but it’s actually been ten years since Warroad made a State appearance. After finally making it back to the Xcel Energy Center, the Warriors were ready to make their mark in Saint Paul.