Write On: The Surprise 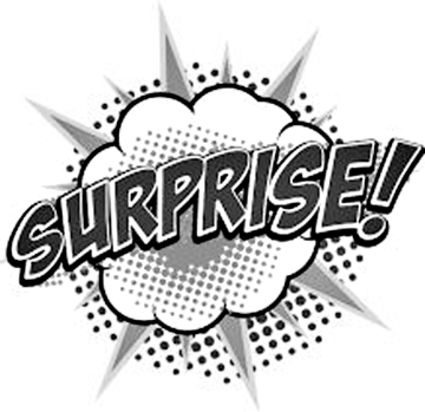 Just another day my sister and I got off the bus and casually walked into the house. My dad said "come here, I have to ask you something" so we into the living room and asked, "What were you going to ask?" He said "do you want to go to Florida" and my sister and I started shouting "YEAH!" My dad said "we are leaving tomorrow morning at seven." We went upstairs and started packing, and then went to bed. We woke up early and finished packing the car and were on the road. It took us two hours to get to Grand Forks and when we got there we went through the front desk, grabbed a bite to eat, and then went through security and wait for the plane. The plane pulled up about 20 minutes later and my sister and I were very excited.

The flight attendant checked our tickets and we arrived on the plane and I c0uldn't wait to get going. During the flight I got the window seat and outside was very cool. All of the cars looked like ants and the cities at night looked cool. In three hours we arrived in Florida at night. My family and I got off the plane and my first impression of Florida was that it is very warm, even at night. We then walked inside the airport and get through security and grabbed a snack, then we walked through the main airport exit (It was huge!), and then we walked outside to rent a car for the time we would be staying. I went to sleep during the hour ride to the hotel and before we got to the hotel we went to the grocery store to get food for the stay and then grabbed  a quick bite to eat and then drove a few more minutes to the hotel. We got to the place and I was amazed, the pool looked great and the hotel room was very nice. We awerestaying in one section of the resort and every hotel had a pool and the pools were all different. We very quickly went to sleep because we were all very tired because of a long day of traveling.

We slept in a little because we got to bed late and we ate breakfast and made a plan on what we were going to do for the day. First we planned on going swimming at the pool next to our hotel, then we w0uld eat lunch and go swimming until four or five, Next we would eat at a dinosaur restaurant and make a stuffed animal. First, we go swimming and it was very fun, then had lunch in the hotel room, next, we went swimming some more, and then we went to a Dinosaur restaurant and ate (the food was really good). Then my sister and I went and made our stuffed animals, which were dinosaurs, and that was very fun. We drove back to the hotel and went to bed.

The next day there was going to be an outdoor movie at the pool so we decided it would be fun to go to the movie. So we ate breakfast and went swimming until the movie. We went down to the pool and waited for the movie and when the movie ended we went to the hot tub before we went to the room. When we got to the hot tub it was filled with bubbles as tall as me and two college students on their spring break. They stated that every year they come on their break and fill the hot tub with bubbles, I thought that it was very funny but eventually they left and we had the whole bubbly hot tub to ourselves and played in the bubbles the rest of the night.

The next day we were deciding what to do that day and an idea of a water park got brought up and we all liked the idea so we checked if it was open (thankfully it was) and we packed some food and sunscreen and we were on our way. It was an hour drive to the water park, but it was worth it! When we got there we waited in line for admission and then we got in the park and I admired the water slides, pools, lazy rivers, tubing slides and wave pools. It looked like a day of fun! First we went and found a spot to store our items then went to the slides and my dad was the only one that went on the extremely steep one which was straight down. We then went to the wave pools and that was my favorite and then we just spent the day playing at the water park. The next day we went to Walt Disney World and I didn't really like it, but my sister did. Next, we went on some rides there that were fun, There was one that was a log ride down a river into a pool, we got all wet on that one but it was my favorite one there.

The last day we switched hotels and the hotel we switched to was huge. It had 21 stories, 12 elevators, a pool, lazy river, and a basketball court. We swam and I played at the basketball court. In the morning we packed up and headed to the airport. I was sad to leave but excited to get home and see my dog. We got to the airport and through security and we then waited for the plane. The plane pulled up so we slowly boarded and started home. We landed three hours later in Grand Forks at night again and drove to Roseau. That's the story of the best surprise I have ever had!