Life is good with a Spanish lass and three fine sons 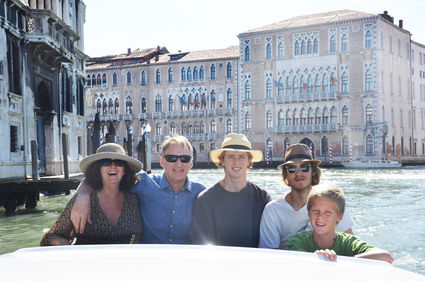 María, Tim, Nico, Lucas, and Matthew on a family holiday in Venice

Tim Simmons, a 1981 RHS graduate and self-described mediocre athlete who never played varsity sports for the Roseau Rams, has come a long way.

He's a mountain trekker, runs marathons, has traveled the world, and is bilingual.

The 1985 Bemidji State University graduate in graphic design could be hunkering down somewhere in the States if it hadn't been for Sandy Flagstad's art classes at Roseau High School.

"That's where I started becoming interested in art and design and finally decided to make it a career," he said, adding t...