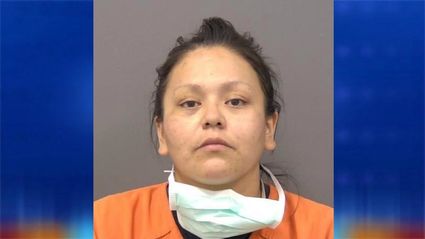 A woman has been arrested after she stole a tractor and drove through multiple fields in an attempt to flee police on Thursday.

The Clay County Sheriff's Office received a report of a stolen John Deere 4320 tractor with a trailer attached at in the area of 100th Avenue and 250th Street South at approximately 3:40 a.m.

When Deputies arrived, they located the tractor and attempted to stop it, but the driver continue driving through fields in the area.

Deputies followed the tractor for approximately 30 minutes until they could direct the driver into a swampy area where the tractor became stuck...