As America burns, he tweets! 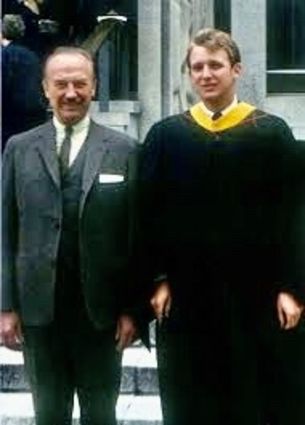 Trump at his college graduation with his dad.

We should be damn mad.

You can protest, but don't loot and burn.

I remember when Detroit burned in 1967. They burned their stores and retail shops just as they did in Watts in the 1965 race riots.

University buildings were bombed and almost every major American city erupted in protest.

But not up here in Roseau County.

Mostly young Americans were protesting the Vietnam War and the assassination of Martin Luther King Jr., including me.

I came back from Vietnam, already aware that the war was wrong because we could never win the hearts and minds of the Vie...