A Love Story That Has a Good Feeling 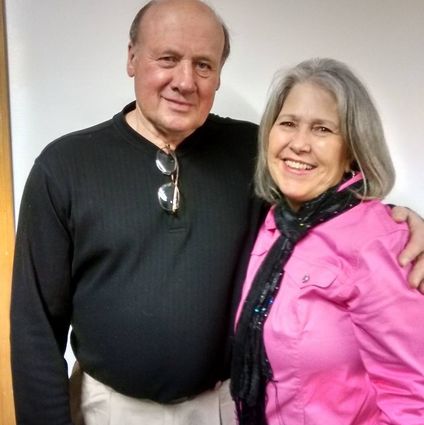 Wanda Hedlund is 69, loquacious, and acts like a teenager recalling her first love.

She leaves nothing out - short of the actual romance.

"I'm an import," she said, mentioning that she grew up in Thompson, North Dakota.

There's a lot of enthusiasm in her recollections.

"I met my husband, Carter, when he went to junior college in North Dakota. I was but a child at the time. It's a long story, but he was a good friend of my oldest brother. That's how I met him," she said, recalling that her brother had been picking on her at the skating rink.

"I can cry when I think about it. There was just something about him from the first time we met. He was so kind and so gentle and so caring."

There is such a thing as love at first sight.

More than a half century later, she remembers every little detail.

"He got mono and went home. My parents divorced. My dad was given papers to move out of our home," she said. "That was the very day Carter came back to North Dakota to finish up his incompletes."

It was a turning point in her young life.

It was like instant replay, every single memory forever catalogued in her heart.

"Carter came back in the summertime, and he came to our house. Then my mom and all us kids moved to Montana. He kept in touch with me my junior and senior years of high school."

By then, Carter was attending college in Utah and visited her during his quarter breaks.

It's just the kind of love story that has a happy ending. They don't all end that way.

"I graduated from high school and my mom was killed in a car accident in July, a month after I graduated, and I was here at the Roseau County Fair that night."

She was 17, her mom had been her legal guardian, and her dad lived in North Dakota.

"I didn't know where I was going to go or where I even belonged in life." Carter said, 'Well, let's get married.'

So, we did. We got married in September."

A lot had happened since that winter day at the skating rink.

"My mother-in-law, Lorraine, took me under her wing and helped me buy a dress. I had only been to like one wedding before I got married myself, and that was my older sister's."

"My mother-in-law is such a gem. She loved me, and I was such a rebel. And she never threw me out. I had no place to go. She raised such a wonderful, godly man. He was just the one I needed."

Forever, she is grateful.

"I know that God has had His hand upon my life," she said, recalling how tough it was after her folks had split.

"I'd call Carter and say, 'I can't do this. It's so hard.' He'd just encourage me all the time not to give up because I was fighting suicidal thoughts. It was horrible. I thought maybe I was to blame for my parents breaking up," she said.

"You know what? It's a new day, it's a good day, the sun is shining, God is good, and I just praise Him for being with me the whole journey."

Like every marriage, theirs has had its up and downs and its pure moments of exhilaration.

It's like being at a revival meeting conversing with Wanda. 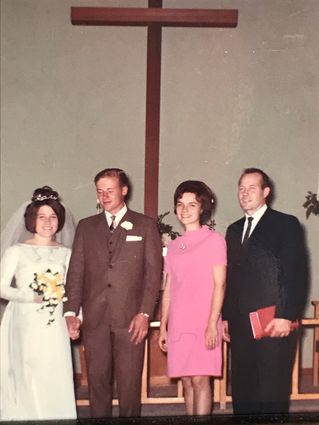 "It's about the Lord, it's about what He has done in my life and He has taken me all the way from bad to where I am today," she said appreciatively.

There isn't a married couple that has lived happily ever after.

Still, it's been a remarkable journey for this North Dakota girl, who met a real gentleman at a skating rink 55 years ago.

What does Carter give you on your anniversary?

"For our 30th, we went to Israel and that was our dream," she said, adding that Carter also gave her a ring with three diamonds.

Now, she get this!

Wanda doesn't remember what she got for her 50th wedding anniversary.

"I always get flowers on our anniversary, she said and giggled. "He's my best gift!"