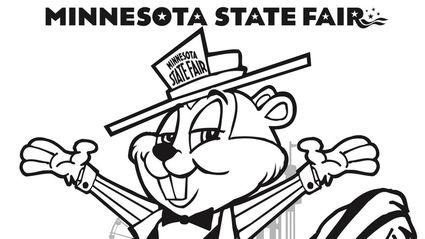 No matter how many times someone walks the tarred streets lined with buildings, barns, stands, and vendors, there is always a new one to find. There are, however, always places they will never forget where they are, like the giant green pickle booth or the sun yellow Giant Slide. For some, the experience is just across the street and for some it is a six plus hour drive at best, all for their own experience of walking down the packed streets and taking part in the Great Minnesota Get-Together.

Growing up it has always marked the last fun thing I get to do before I go back to the brown brick building and settle into another school year. After I got into the seventh grade the meaning behind the State Fair grew, and it keeps growing like a balloon when someone forgets to turn off the air compressor. 4-H is the main reason for the growth. After someone completes sixth grade, they are eligible to take their project to the State Fair and exhibit it there. I have had the chance to show two static projects and one livestock project, a 1960's small engine, a red barn wood coffee table and a black pig. The static projects sit on display all 12 days of the fair in a magnificent white towering building at the far east side of the fairgrounds. The entire first level of the building is head to toe decked out with projects, displays, and banners that have been made by 4-H'ers. Along with a wooden two level stage, that is decorated to fit the theme of the Arts-In musical performance that happens three times a day, everyday. It is also where other 4-H'ers get to perform for judges and any fair goers that would like to watch. This year I got the chance to serve as a Minnesota 4-H State Ambassador. In this role I got to spend 14 straight days on the fairgrounds, starting two days before the fair started and ending on the last day of the fair.

However, the fair is more than 4-H, it is also about getting up before the sun thinks about getting up, just to park closer to the white double window ticket booth and the white wooden bridge that is lifted over the fence and drops one off inside. The fair is about the concrete coliseum that holds a show ring for any animal that one can show, along with knick-knack and food shops that people go to room between shows. Next to the coliseum are the many barns that hold animals such as pigs, cows, horses, llamas, and poultry. All of these belong to different organizations including 4-H, FFA, and open class, with each barn having its own custom fragrance courtesy of the animals. A place where many curious kids go around looking at all the different breeds and species of animals. All while trying to guess why one animal got a big 1st place ribbon vs the other.

The shops are spread across the fair, with some of them only lasting a couple days. People wait all year to shop in the tents and booths at the State Fair, because not all the shops are full time businesses. There is a wide range of goods to buy at the fair: custom Christmas ornaments, new gardening tools, clothing, and lassos. The State Fair is where I bought my first pair of cowboy boots, because of the 'Blue Ribbon Book' with a collection of all the 'State Fair Specials' that shops put on that give big discounts on their stuff.

The rides and games at the State Fair are a major attraction of the fair for some. People go on rides that fling them into the air with only a couple of rubber ropes stopping them from becoming a star in the sky. The Giant Slide, the type of slide that kids dream of with bumps that make your stomach jump up as you go down. The Giant Slide celebrated 50 years at the fair last year, showing the history that the fair has. Along with a blue pool filled with cool water that has little sparking bumper boats holding onto the surface of the water while being rammed into each other with kids under 48 inches at the wheel. With some of the lines for rides lasting what seems to be the entire day. There are also the lines of booths of carnival workers trying to get people to play their games and to try and win their over-sized plush animals and their other wacky, yet tempting, prizes.

For people that live near the city, the fair is always the best option to go for supper because of the interesting new foods that they have every year. Anything you could ever want deep fried, on a stick, or both of those, they have it, including deep fried butter on a stick. Every fair has the common fair foods: corn dogs and hot dogs, cotton candy and caramel apples. However not every fair has a booth where you can buy a bucket of freshly baked cookies and grab a glass of $2 milk that one can refill as many times as they want without paying any more. There is a spot where they sell roasted corn on the cob that they dip into a bucket of melted butter. There is an International Bazaar filled with foods from different countries and the food building with other wild foods. The smells of the food linger through the streets pulling the crowds to them.

Most of the days the streets and walkways are packed together with people. A blue bird sky day is all it takes to set a new attendance record at the fair. With the highest single day record reaching over 270,000 people at the fair. There are hills that you can walk over at the fair and look over into the sea of people that you are about to swim among. Constantly bobbing and weaving through the crowds trying to get to a food vendor or show that starts in 5 minutes. Or the really bad idea of going against the flow of the crowd. If the crowds start to die down, take advantage of it, because there is probably just a show in the grandstands. The fair also has a program where people can apply to get a custom bench that goes on the fairgrounds. On these colorful benches there is a clear plastic plaque attached to it with words about someone who really cared about the fair.

As the fair carries on into the night- time, vendors neon lights stand out more and the energy of the fair goes to a new level. Some are trying to let go of the stress from work that day, some are relaxing on benches after a long day of walking miles around the fair, and some are just showing up for the concert that starts at nine in the grandstands. No matter what, you get the same smells and views of other people eating, playing, buying and enjoying each other and their time at the fair.