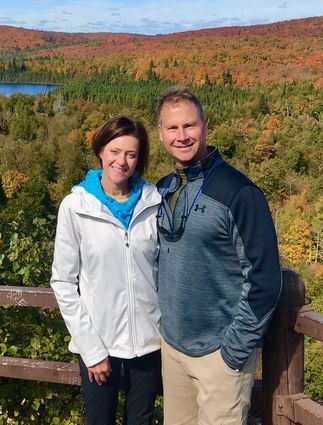 Cheryl and Joe up on the North Shore

If Mr. Joe Broderick is a late hire, barely two weeks prior to the start of the school year on September 8, he is the right person for the position, according to Superintendent Tom Jerome, who didn't rush into replacing Kelsey Johnson, who is now the elementary principal in Warren-Alvarado.

Mr. Broderick is a ringer, as they say in sports. He's a guy you can count on in a tight game.

It's definitely been an interesting career for Joe Broderick, who grew up in Minot and graduated from Minot Ryan High School in 1986 where he was a three-sport athlete - football, basketball, and...