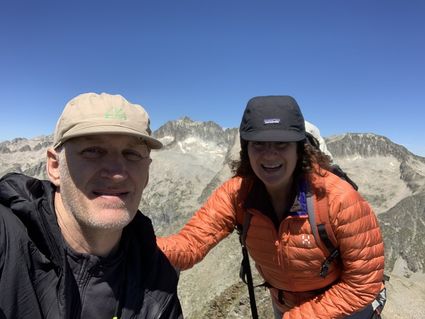 On Sunday, Roseau High School graduate Tim Simmons, 57, momentarily laughed in surprise when his cellphone rang as he and his wife, Maria, and their middle son, Lucas, were climbing at 2,000 meters.

"Call back in about three hours," he advised.

In an earlier interview about five months ago, Tim had been holed up in his suburban residence waiting out the corona virus as it wrecked havoc on Spain's capital.

"It's starting to get worse again in Madrid," he said aroun...