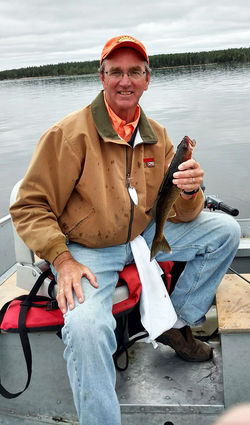 On Monday, State Representative Dan Fabian (R-Roseau), who will retire after five terms in the Minnesota State Legislature, officially tossed his hat into the proverbial ring as a write-in candidate to be the next mayor of the City of Roseau, replacing Jeff Pelowski, who did not refile.

After Mayor Pelowski had encouraged him to file for the position last July, Mr. Fabian had stopped by the City Clerk's Office to pick up the papers to file as a candidate in early August.

"Then Roxanne and I went to Florida and I decided I just wasn't ready to commit," he said on Monday.